How to shoot beautiful headshots

This week I did some more headshot work I'm really proud of, some with Erin Nekervis and some with Nellie Huggins.
First, Erin's. Erin is a longtime talented photographer of the Chicago comedy scene, and of Chicago in general. She's done a lot of good work for comedy folks, usually without profit. You can see her stuff on comedy album covers, magazines, and probably a million flyers and posters. She was gracious enough to come to my house one afternoon to be my guinea pig as I experimented more with shooting outdoors, but of course it rained, and we ended up doing most of the shooting on my porch. At any rate, we had fun, and she gave me a few pointers about my camera (which is still pretty new to me, and still slowly revealing its secrets to me). And here are Nellie's. Nellie and I go back several years (and were actually roommates at one point). She's currently tearing things up as a Gapers Block blogger and podcaster, and a producer (she's producing the Atomic Comics series at the Mayne Stage), and she'll probably be ruling the entire world before too long.
Nellie and I were also hoping to shoot outside, but the day she came over it was raining buckets, so we changed plans and devoted ourselves to an indoor shoot, which turned out great. You'll notice there are more photos of Nellie, because she arrived with a bagful of tops and accessories and props, with the aim of getting 4-5 specific looks.
This is as serious as Nellie gets. This one is cute but I wish I hadn't asked her to pull her curls up over her headphones, because they're almost invisible, which makes it look like she's randomly chewing on a wire, like a bored housecat. Portrait of a comedy nerd! Tribute to Tina Fey. And finally, her inner child stamps her foot, in photographic form. Anyway, back to the title (and purpose) of this post. As some of you may know, I'm a relative newbie to the headshot game. True, I've been taking photos at comedy (and other) shows in Chicago for 4-5 years, and I've been doing some casual headshots for friends for about that long, but it wasn't until I made the jump from a nice little Canon point and shoot to a Canon Rebel DSLR at the beginning of this year that I really started getting serious. It was then that I really dove into photography, devoting hours to educating myself about my camera, lighting, technique, working with subjects who weren't performing in a show in front of me and therefore needed some direction, and more. For a nerd, the great thing about photography is that there are always new things to learn, and new ways to improve the quality of your work. (Also, since I do video work as well - with the same camera - I feel like my time spent developing myself as a photographer also benefits my work as a videographer/filmmaker.)
So, what are the key practices that help me continue to get good results with headshots? 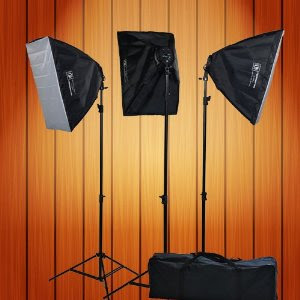