See You When I See You 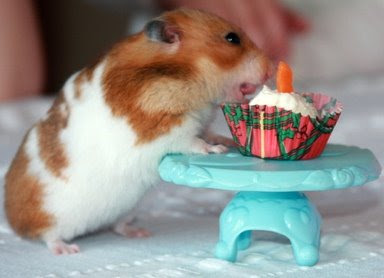 Lately I've been doing a lot less blogging that usual, partly because of the advent of Facebook and Twitter. Also, the world is changing, and I'm changing with it. My obligations and priorities are shifting. I'm getting more opportunities to do different kinds of things, and making clearer choices about what to invest my time in. I've also been slowing down to deal with some health issues - nothing life-threatening but still serious. This seems like more of a time for doing and less for reflecting.

Things are so crazy right now. We're still mired in this stupid, horrible war. Military suicides are skyrocketing. We've dug ourselves into a deep hole. The economy is a mess. We have a long, tough road ahead and a lot of serious challenges to step up to.

While oil companies are making plenty of money, the United States Postal Service is so broke it might have to cut out one day of mail delivery. That's like finding out they're going to move Sunday morning Mass to Tuesday mornings at the American Legion.

Jobless rates in Illinois are so high, there aren't enough people in the unemployment office to answer the phones. Almost 65,000 people called Monday, and over 57,000 on Tuesday.

A 14-year old kid successfully faked being a Chicago cop. The police spokesman described the situation using the unfortunate phrase "we dodged a bullet."

Not to mention Blagojevich, who, the day we unanimously kicked him out of office, told us (the people of Illinois) that he loves us now more than ever.

Hmm...I'm not really coming up with a nice wrap-up sentence for this post. I guess I'm just acknowledging that things are changing, and so am I. Blog atcha later!

(Also, at least one thing will always be true. Cute things rule. Photo from Cute Overload.)
Posted by Elizabeth McQuern at 3:30 PM

Bella,
hope your health issue improves quickly. More important to me that you and your various ambitions move forward than that you blog regularly.

I like thinking about your story now and then as in someone who took a big chance with her life and got traction. I look forward to hearing about wherever that gets you whether it's on your blog or say in People :}

Hey, thanks, Chance, that means a lot to me.

I feel like I'm getting ready to take a big leap again, in the near future, and it's got me feeling really uncertain all over again - but it's also pushing me to push myself beyond my comfort zones and really grow.

That's what we need to brake out of the economic slump, a photo of a gerbil nibbling on a cupcake.